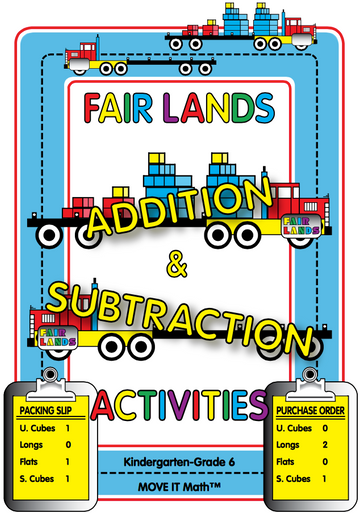 Activities on importing (adding) and exporting (subtracting) in different bases using the Fair Lands blocks (multi-base arithmetic blocks for base 2 and base 3), Ten Land (base ten) blocks, and counters in order of difficulty with (1) no recording to (2) recording just the answers to (3) recording the answers and the trades made to get the answers.

In making "fair" trades up and down in importing and exporting in different lands or bases, students learn how a place value numeration system works irrespective of its base and thus how to add and subtract in any base with understanding, including base ten.

This product hasn't received any reviews yet. Be the first to review this product!