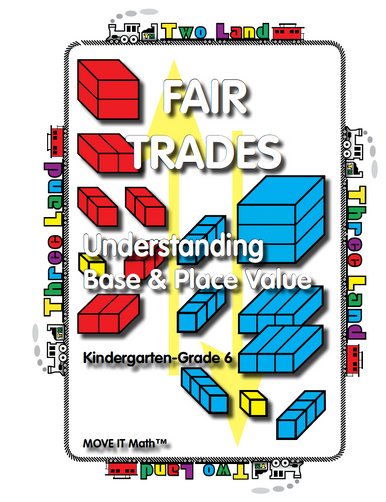 FREE downloadable e-book: Two games with the Fair Lands™ blocks: Fair Trades UP and Fair Trades DOWN. Precursor activities for adding and subtracting in Fair Lands™. Played in Two Land and Three Land. In Fair Trades UP, students learn to trade a set amount of little things all the same for the next bigger thing, like two Unit Cubes for a Long in Two Land. In Fair Trades DOWN, they learn the reverse: to trade a big thing for a set amount of the next smaller thing, like a Flat for three Longs in Three Land. Grades K-6, 109 pages with permission to duplicate. Available as a downloadable e-book.

This product hasn't received any reviews yet. Be the first to review this product!